Lessons from a breast cancer survivor: two important ways women can empower themselves

At age 38 and the mother of a 7 month old and a 4 year old, I was diagnosed with Stage 3 triple negative breast cancer.  I was nursing my son when I noticed a lump in my right breast.  Breastfeeding has many virtues; in this case, it saved my life.  After chemo, surgeries, radiation – two years later – I am cancer free.

In spite of everything, I consider myself lucky. I found the cancer early and responded well to treatment.  I was otherwise healthy and had the love and support of friends and family.  I had great medical care and insurance coverage.

But throughout my ordeal – from diagnosis to life after cancer – I found two areas in which women can empower themselves against breast cancer. Despite everything that’s been done to raise awareness for breast cancer, there’s still much room for improvement in cancer prevention.

A lot of women skip breast exams or think they can’t get breast exams when they are pregnant or breastfeeding because breasts are so sensitive and engorged.  It’s true that changes to breasts during pregnancy and lactation makes breast exams more challenging, but breast exams are still possible and shouldn’t be ignored.

Women that breastfeed their children for long periods of time sometimes go years without breast exams.  No matter your reproductive status, all women should go for breast exams at least once a year and do self-exams on a monthly basis.

As a nursing mother, I was hyper aware of changes in my breasts.  I remember feeling something hard and painful in my milk duct.  Everyone told me that malignant lumps usually don’t hurt and that it’s probably just a breast infection.  But my gut told me that it was more than that.

After a week, I went to see my doctor for a breast exam.  Although my breasts were lactating, he was able to feel the lumps immediately and sent me straightaway for a mammogram and ultrasound.

I did eventually have to stop breastfeeding before undergoing chemo, but I am so happy that I got one more month of breastfeeding my son.  As devastating as that time was, I cherished every minute of my time nursing him – right up until the very last time.

Although it was uncomfortable, I was able to do the test and the technicians were able to identify the tumors in my right breast. Just because women are pregnant or breastfeeding doesn’t mean they should stop doing regular checks; in fact, breast exams should continue uninterrupted.

2. BRCA genetic mutation & testing for breast cancer. Get it done and push to have it covered.

In addition to finding out I had cancer, I also discovered that I was a carrier of the BRCA1 genetic mutation.  Women with the BRCA mutation are at a much higher risk for breast and ovarian cancer.  I had never considered myself at high risk for breast cancer because there was little history of breast cancer in my family and no history of ovarian cancer.

After my parents were tested, my sister, my aunt (my father’s sister) and her children were all tested. Unfortunately, my Aunt tested positive for the same mutation that my father and I have and a few weeks later discovered she also had ovarian cancer.

are carriers of the BRCA mutation versus 1 in 500 in the general population.  Like my father, men who are carriers can pass this mutation down to their sons or daughters.  Shockingly, if I hadn’t gotten breast cancer, my insurance would not have covered the test.

Most insurance companies won’t cover this test unless you have a “family history” of breast or ovarian cancer – meaning a first-degree relative (parent or sibling) who had breast or ovarian cancer.  But families can be small and a lot of Ashkenazi families can’t trace very far back through their family history because many of their ancestors were murdered during the Holocaust.

That means that there are thousands of women walking around with this mutation with little to no family history of breast and ovarian cancer.  These women have no idea that they have ticking time bombs in their bodies.

That is why I believe that there should be routine screening for men AND women of Ashkenazi backgrounds.  Mothers and fathers alike can pass along the BRCA gene mutation to their children.  I firmly believe that the high rate of this genetic mutation among Ashkenazi Jews should make it mandatory for insurance companies to cover genetic testing for anyone who meets the criteria of having at least one parent with an Ashkenazi background.  After all, the cost associated with testing and prevention is a lot cheaper than cancer treatment is for insurance companies.

So when should genetic testing occur?  It seems logical to me that genetic testing should be done (for men & women) during their child-bearing years.  A lot of young couples undergo genetic testing prior to getting pregnant.  This is a perfect opportunity for men and women to learn whether or not they have the mutation and what they can do about it.

Knowledge is power. If a woman learns that she has the mutation, she can make important decisions about prophylactic mastectomy and oophorectomy (breast and ovary removal) that significantly reduces these types of cancers from occurring.

Or, at the very least, she would make sure to get the screenings that are appropriate for high-risk individuals (this is also relevant for men who are also at higher risk of certain types of cancer).

If a couple learns that one of them has the mutation, testing also gives them the opportunity to understand the risks of passing the mutation on to their children.  And they could use the opportunity to undergo fertility counseling if they decide to use IVF to select embryos that are free of this mutation. That way they could eliminate this mutation in their family line forever.

Not everyone wants to know they are a BRCA carrier, and not all BRCA carriers will want to take prophylactic measures, but ALL Ashkenazi women AND men should have the OPTION to be tested and have it covered by insurance. 1 in 40 is a big number. 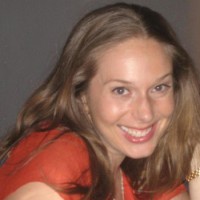 About Shannon Rosenstein
Originally from the States, Shannon Rosenstein is a married mother of two adorable children and is an attorney working in hi-tech. She and her family live in Tel Aviv where they enjoy the sunshine, casual lifestyle. and wearing flip flops 8 months out of the year. In her free time, Shannon loves getting together with friends, knitting, genealogy, Pilates, and yoga.